Leshan, called Jiazhou in ancient time, is located in the southwest of Sichuan Basin. Sitting in the confluence of Ming River, Qingyi River and Dadu River, Leshan is the very close to Chengdu, and there are only 100km from Leshan city center to Chengdu Shuangliu International Airport. As a historical and cultural city in China, Leshan is definitely worth its reputation – A City of Landscape.

Leshan, called Jiazhou in ancient time, is located in the southwest of Sichuan Basin. Sitting in the confluence of Ming River, Qingyi River and Dadu River, Leshan is the very close to Chengdu, and there are only 100km from Leshan city center to Chengdu Shuangliu International Airport. As a historical and cultural city in China, Leshan is definitely worth its reputation – A City of Landscape. Historical sites are perfectly blended into the beautiful scenery. Chosen as the “Most Desirable Attraction in China”, Mount Emi and Leshan Giant Buddha have drawn numerous tourists with its unique glamor. Besides the two World Heritage Sites, there are other highlights in Leshan, like Luocheng Ancient Town, Jiayang Steam Train, Black Bamboo Valley, Jiajiang Thousand Rock Buddhas, etc. Leshan is also famous for its delicious food and local snacks, and comparing with its neighbor city Chengdu, it’s the real Land of Ease.

Leshan is a historical and cultural city, and it’s a city of two World Heritage Sites. Leshan Giant Buddha and Mount Emei are the most famous attractions when speaking of Leshan.

Leshan Giant Buddha is a 71m high rock Buddha carving from a cliff. Sitting in the confluence of three main rivers of Sichuan, it’s the symbol of Leshan City.

Mount Emei is a famous Buddhist mountain in China. The whole mountain has 28 temples, besides that, the stunning scenery on the mountain also attracts numerous tourists.

The best time to visit Leshan is spring and autumn. During these times, the weather in Leshan is very comfortable and cozy. Spring is a season of flowers, both Giant Buddha and Mount Emei is surrounded by a sea of bright flowers. Summer is a good time to visit Mount Emei to escape the summer heat. Autumn is a season of red leaves on the mountain. Tourists can ski and take a hot spring bath in winter on Mount Emei, and the snow scenery on the mountain top is gorgeous.

Leshan has no airport; however, it’s very close to Chengdu Shuangliu International Airport (only about 100km). Tourists can fly to Chengdu first and then transfer to Leshan from Chengdu. From Chengdu to Leshan, tourists can take bullet train or long-distance coach. The Chengdu-Mian-Leshan High Speed Railway was opened in 2014. Tourists can take the bullet train at Chengdu East Railway Station, Chengdu South Railway Station and Shuangliu International Airport. The journey is about 1 hour. The ticket for the bullet train is very tight in holidays and festivals, so if you couldn’t get the ticket, then long-distance coach is good choice. Tourists can take them at Xinnanmen Bus Station and Shiyang Bus Station, and it will take about 2 hours to get Leshan.

Leshan City is not big, and tourists can take public bus to get around. Taxi is also a good choice for the price for taking taxi is very cheap, because the city center is very small. Another choice is rickshaw, which is very common and popular in the city. 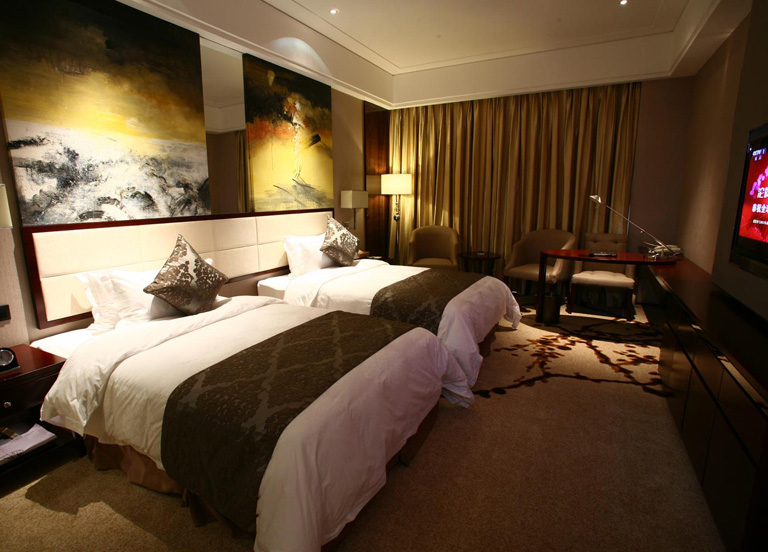 It’s easy to find accommodation in the city center. There are several kinds of hotels to choose, from starred hotels to youth hostels. The price for the accommodation in Leshan is very fair. You can get a very nice room with only ¥300. However, most traveler will choose accommodate in Mount Emei, there are some really nice hotel resorts under the foot of Mount Emei, and travelers can take hot spring spa in these hotels. On the mountain, tourists can stay in family inns or in the temples, and they are very cheap.

How to Plan Your China Tour

Located in the southeast of Jiangsu Province and in the central of Yangtze River...

Where Western social media is mostly blocked, WeChat is the giants of social messaging...

Internet is accessible in all over China, and by 2008, China had the largest cyber...